This work was made amid extraordinary circumstances. In October 2020, there was a third coup d'état in Kyrgyzstan. Previous coups took place in 2005 and 2010 which led to economic decline and political instability. All three coups involved rioters and looters destroying the building of the Kyrgyz Parliament and the gates that surround it. The Kyrgyz Parliament building was set on fire, furniture and other belongings were destroyed and the gates were broken. The gates had to be removed and for the first time since the late 80s, the Parliament building is accessible to the public.
The gates are universally understood and read as totems of power. The enraged crowd rattling at the gate is a scene played out in historical and contemporary revolutionary times - whether in Iran, France, or Vietnam. The goal of this project was to excavate my story amidst the rubble of revolution and reflect on the history of my country, our struggles and the false promises of our leaders. The audio in this piece is from 2005, 2010 and 2020 coups. Two names that are audible in the video are "Bakiyev" and "Sadyr".​​​​​​​
Askar Akayev, who was the first president of Kyrgyzstan, had to flee in 2005 due to the revolution led by Kurmanbek Bakiyev, who eventually became president. Bakiyev fled the country in 2010 after the uprising caused by his abuse of power. Later he was sentenced, in absentia, to life in prison for involvement in the killing of protesters during the 2010 uprising. The current president Sadyr Japarov managed to get out of prison in October 2020 amid chaos and was crowned by the mob as the leader of the 2020 revolution. 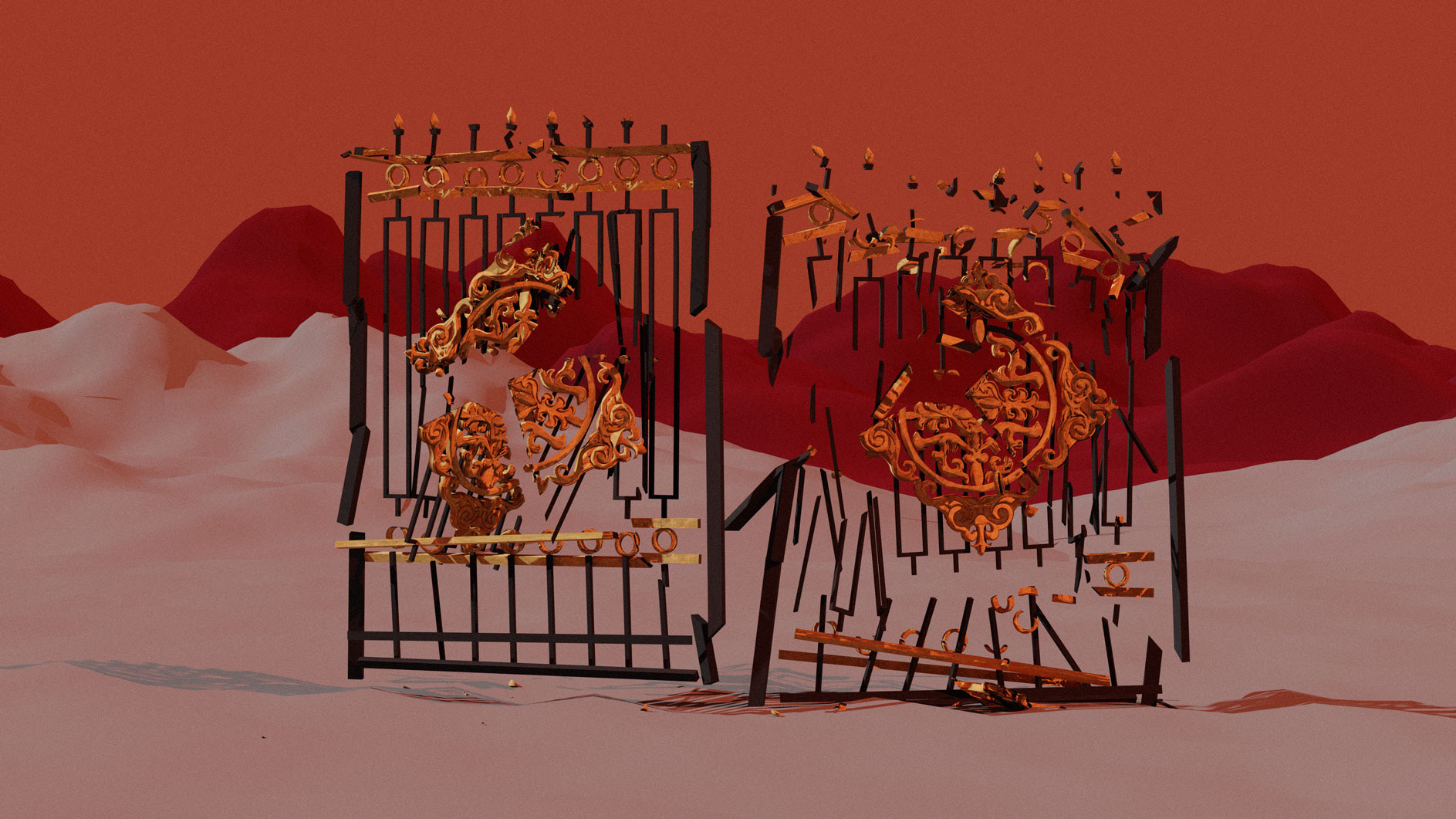 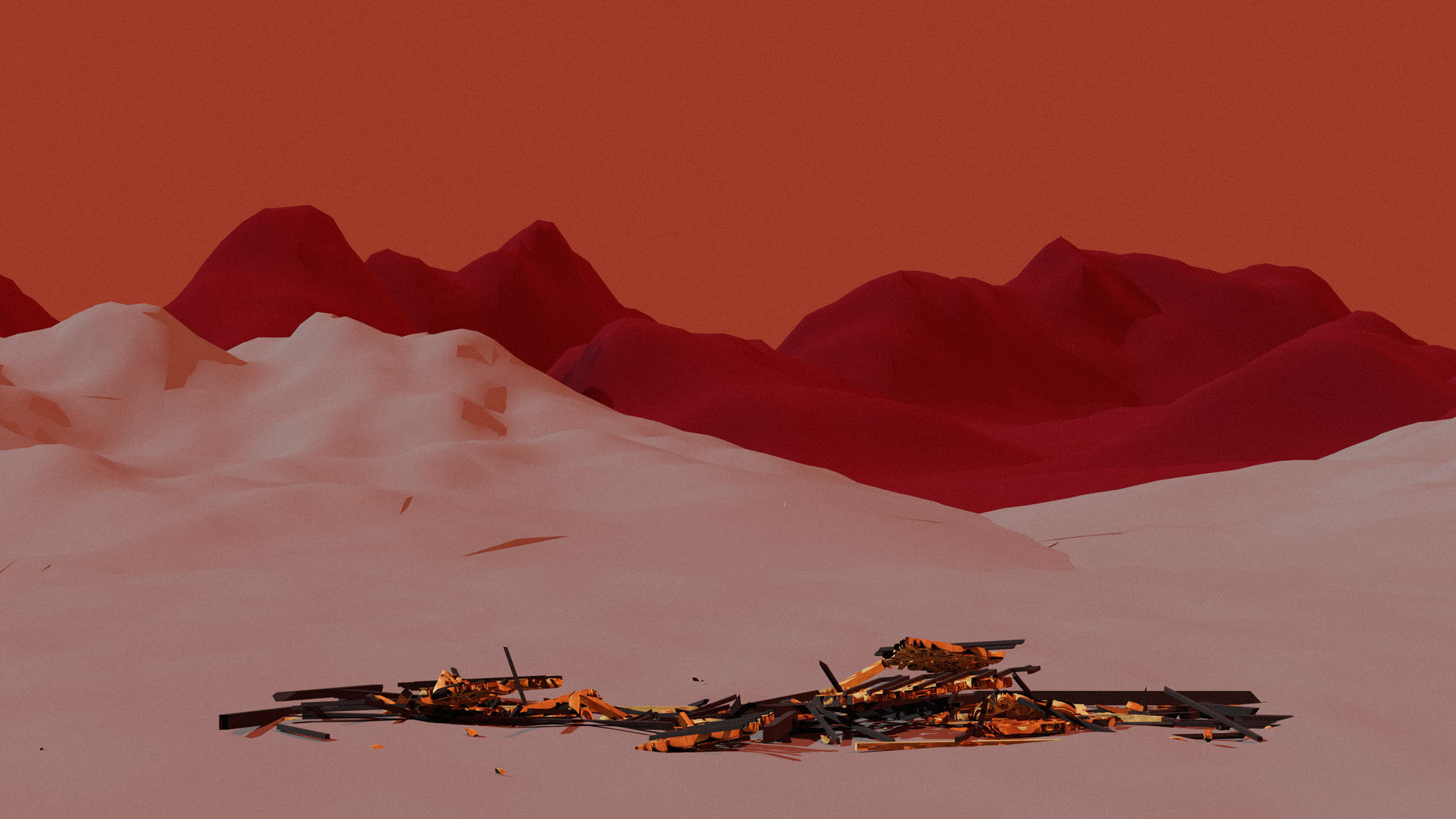